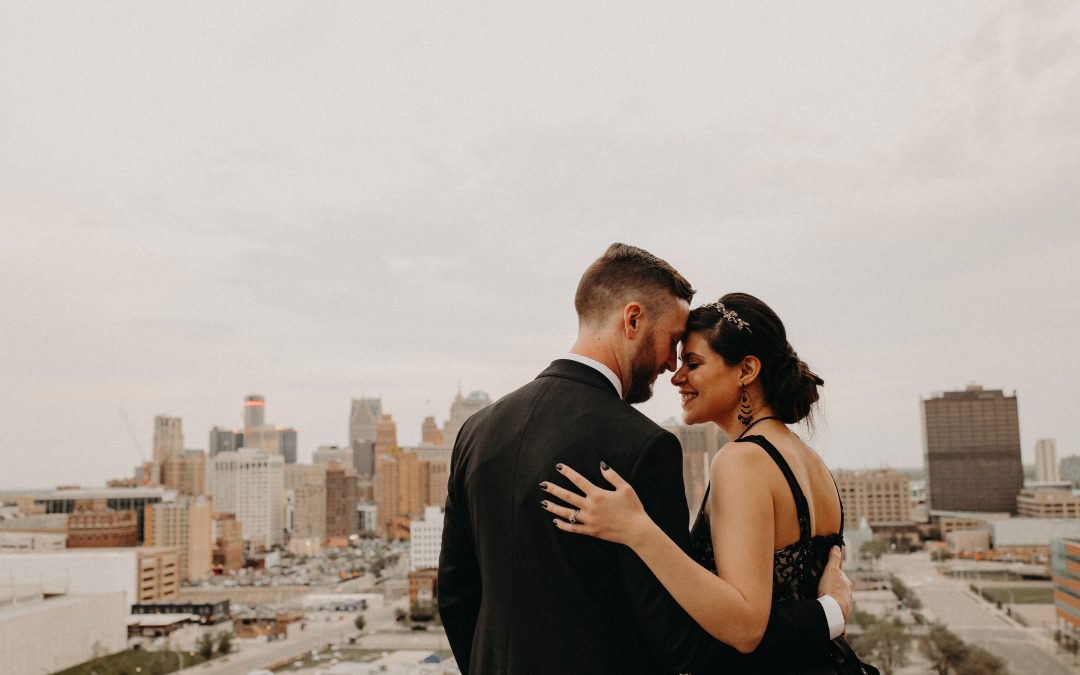 Angela & Graham had already chosen their beautiful venue when they hired me to help plan their wedding. They made the excellent choice of The Masonic Temple in Detroit. I was so excited because it was a dream of mine to work with this historic Detroit wedding venue! 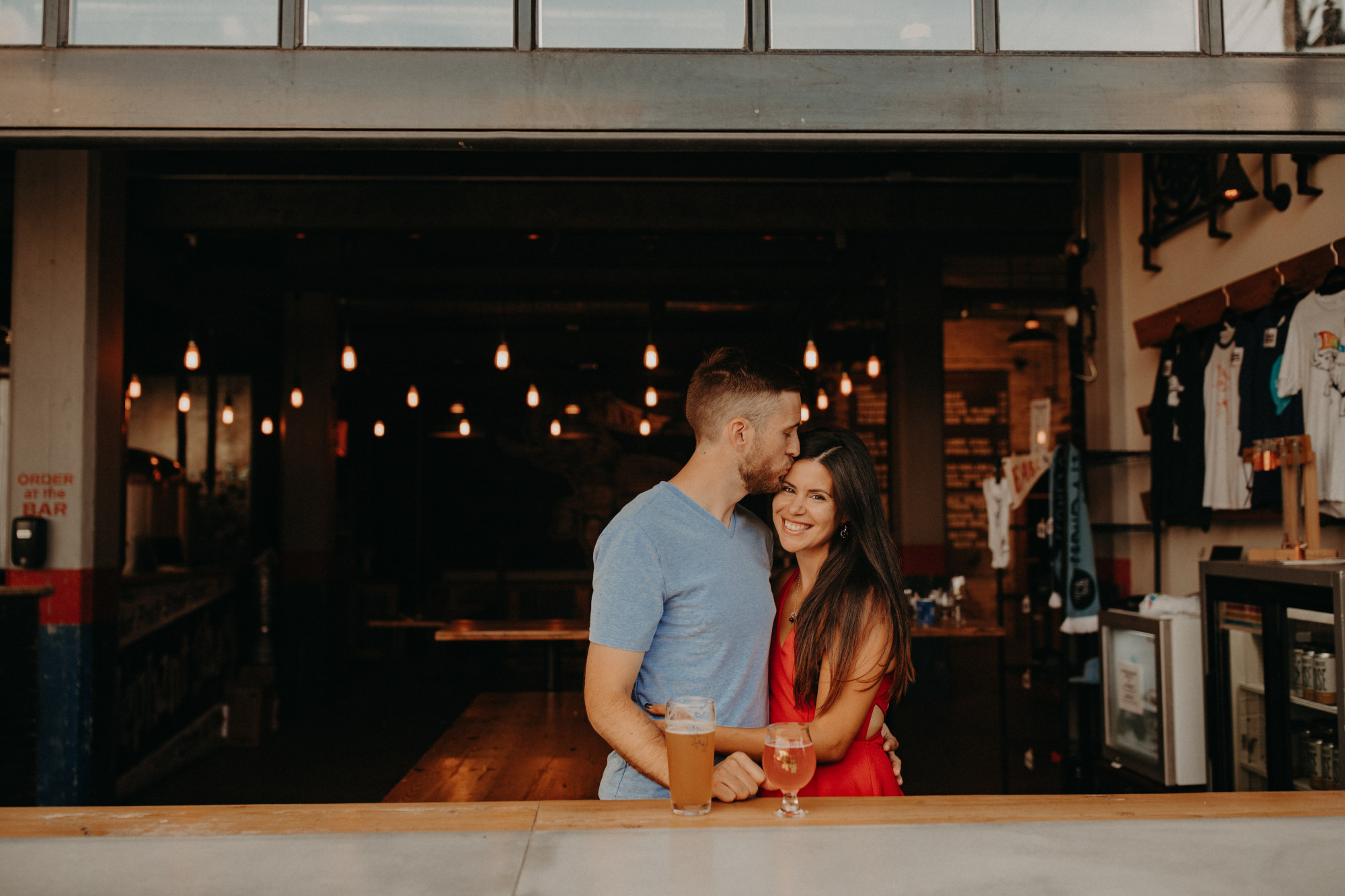 Let’s rewind a bit before we start talking about the wedding. They were introduced by coworkers at an after-work happy hour. A few weeks later, Angela invited Graham to bar trivia. She didn’t know at the time, but Graham was a six-year quiz bowl champion! Over the next year-and-a-half, they became great friends, discovering that they shared a sense of humor, interest in travel, and love of craft cocktails. As they spent more and more time together, exploring new places in Detroit, going on weekend trips with friends, and of course, continuing to play trivia, Graham realized that Angela might be The One. 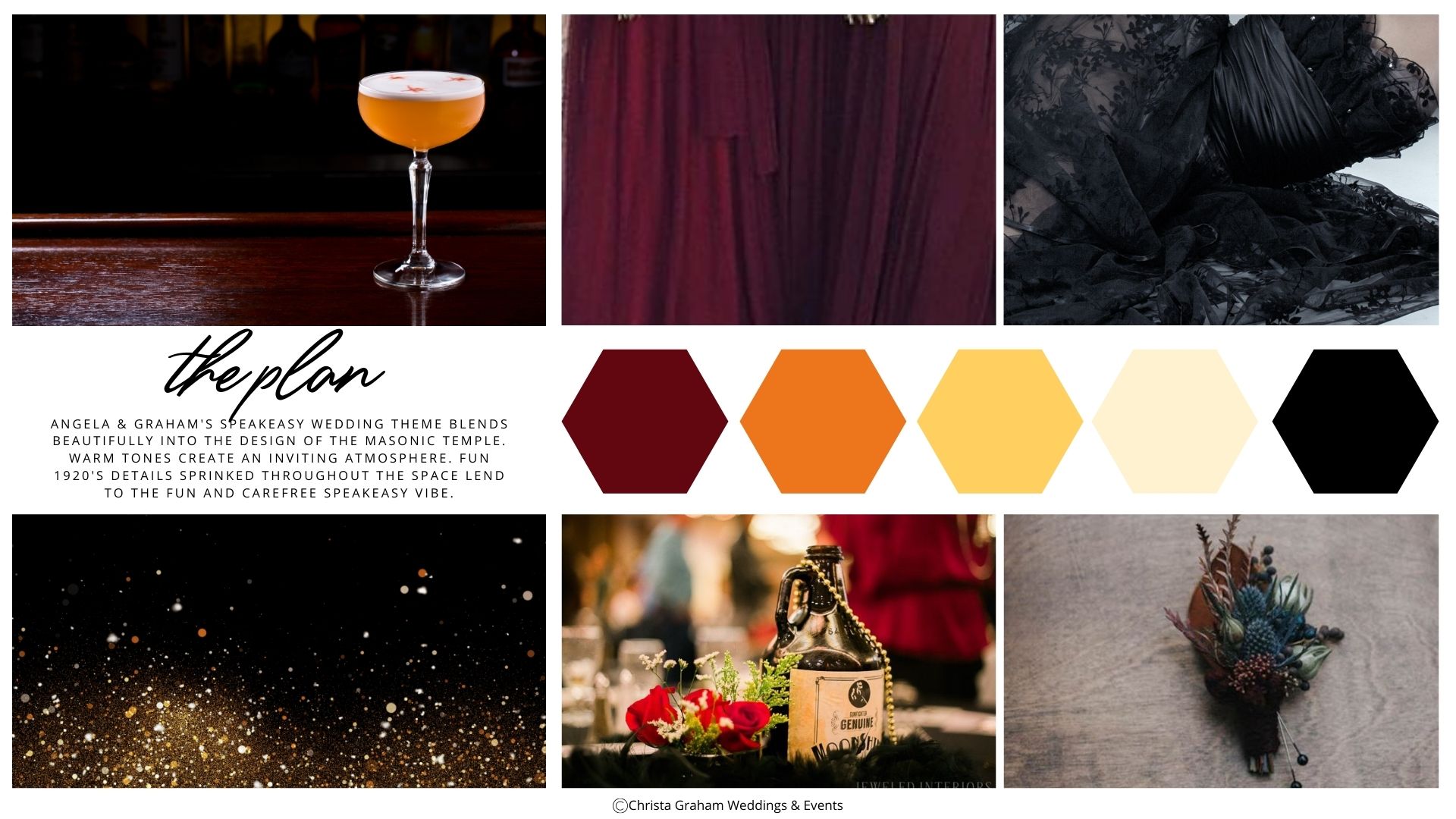 Angela & Graham wanted a speakeasy, art deco wedding design. This design blended seamlessly with the aesthetics of The Masonic Temple. Warm tones created an inviting atmosphere. Fun 1920’s details were sprinkled throughout the space to lend to the fun and carefree feel of the wedding. 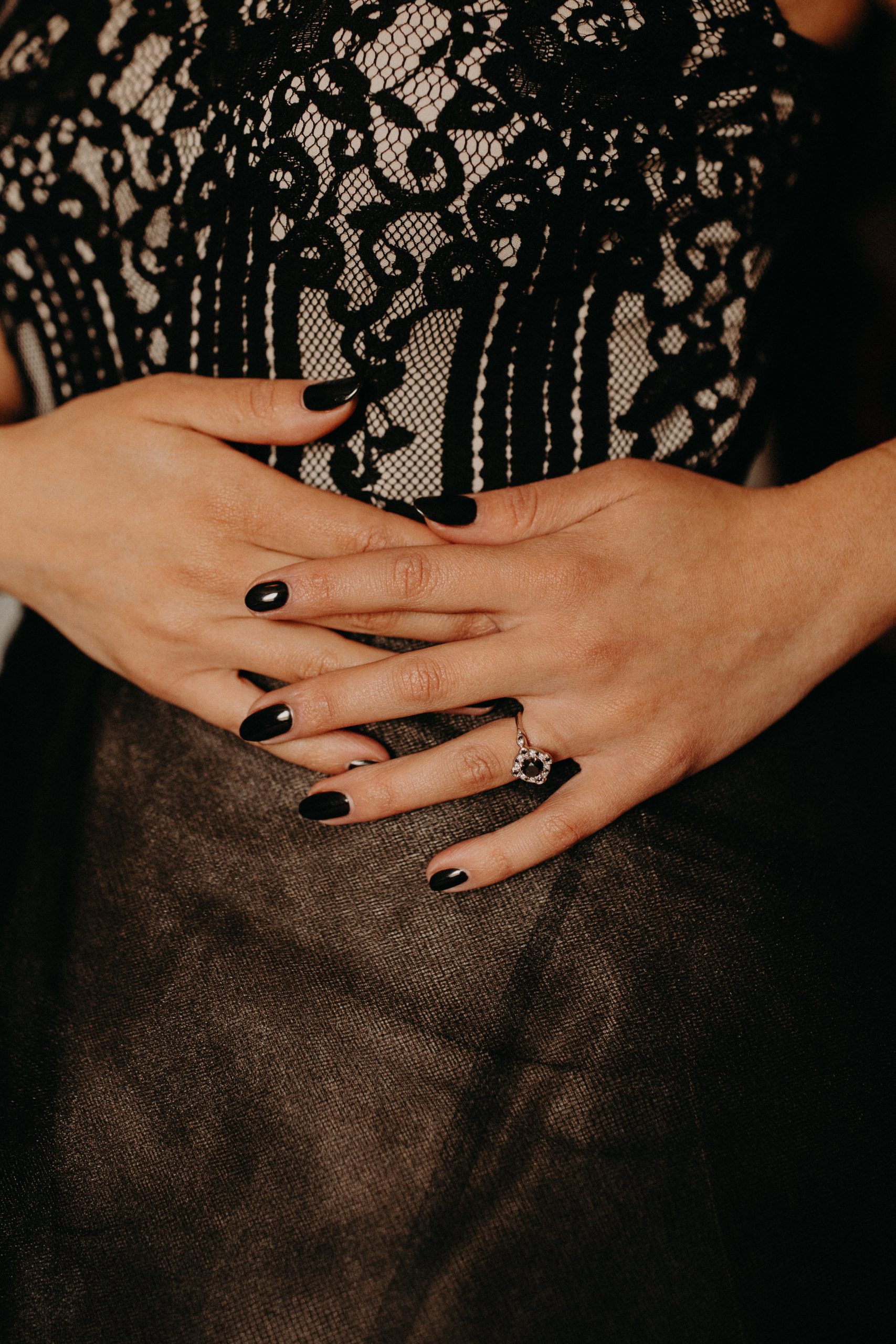 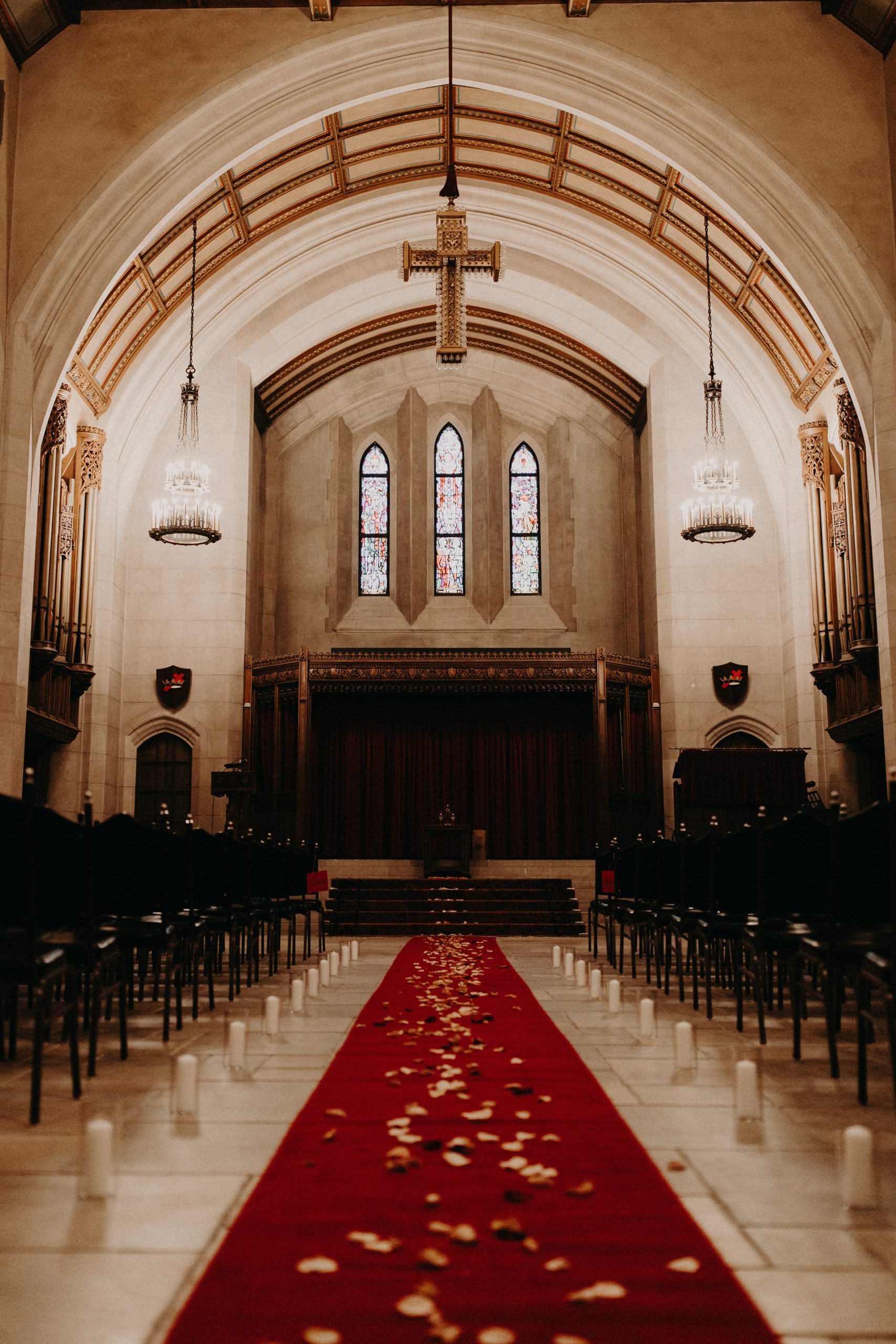 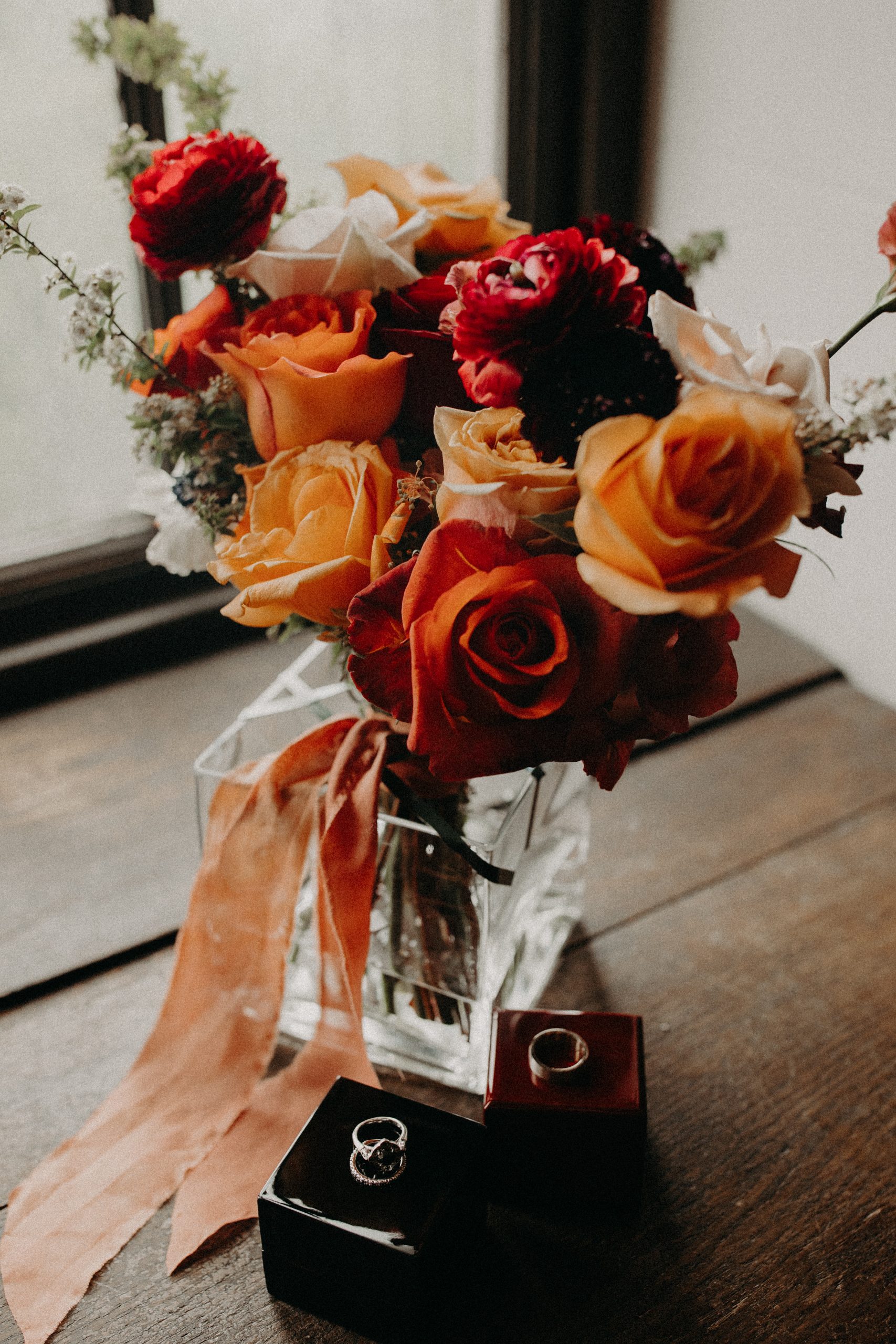 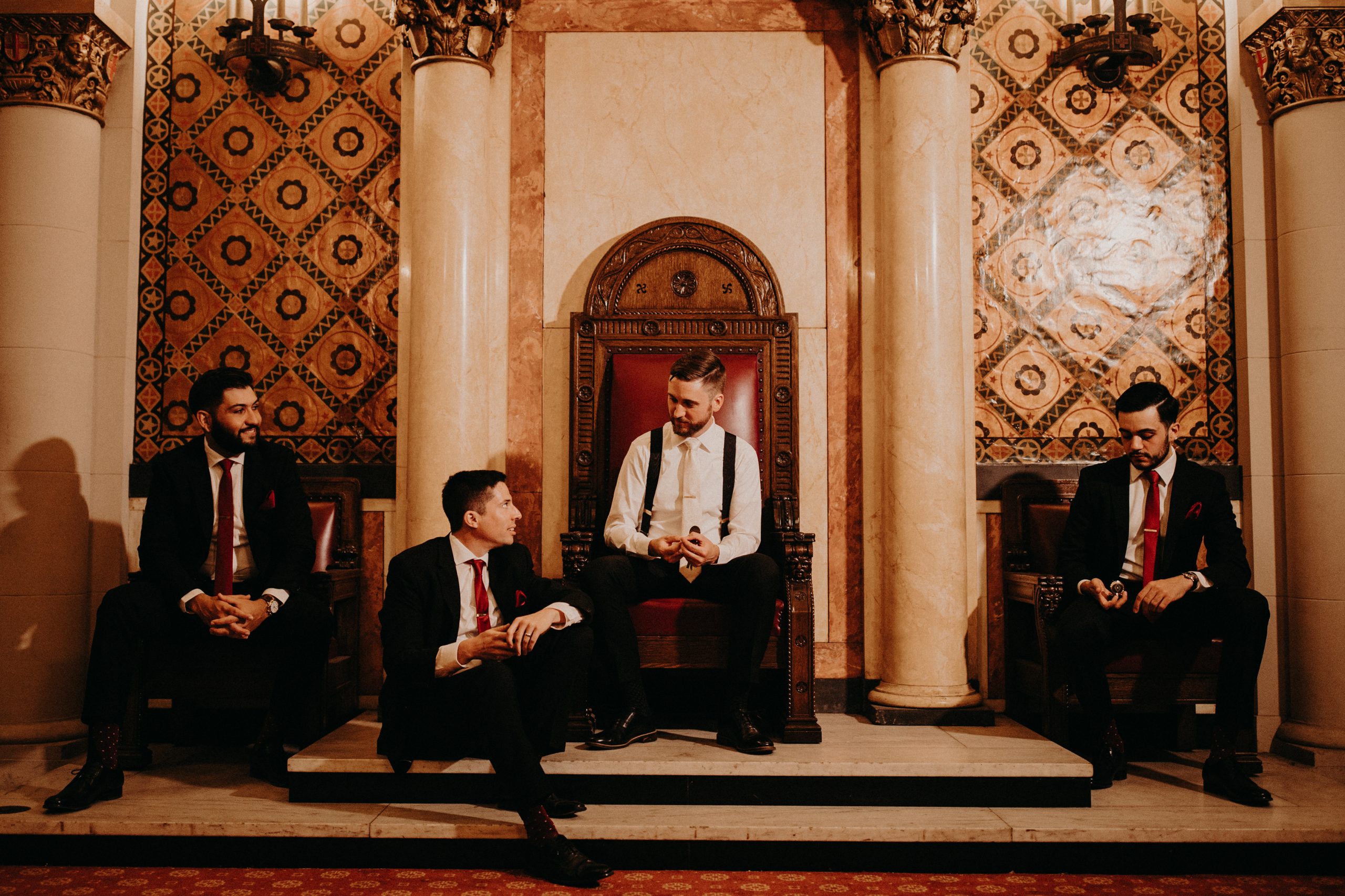 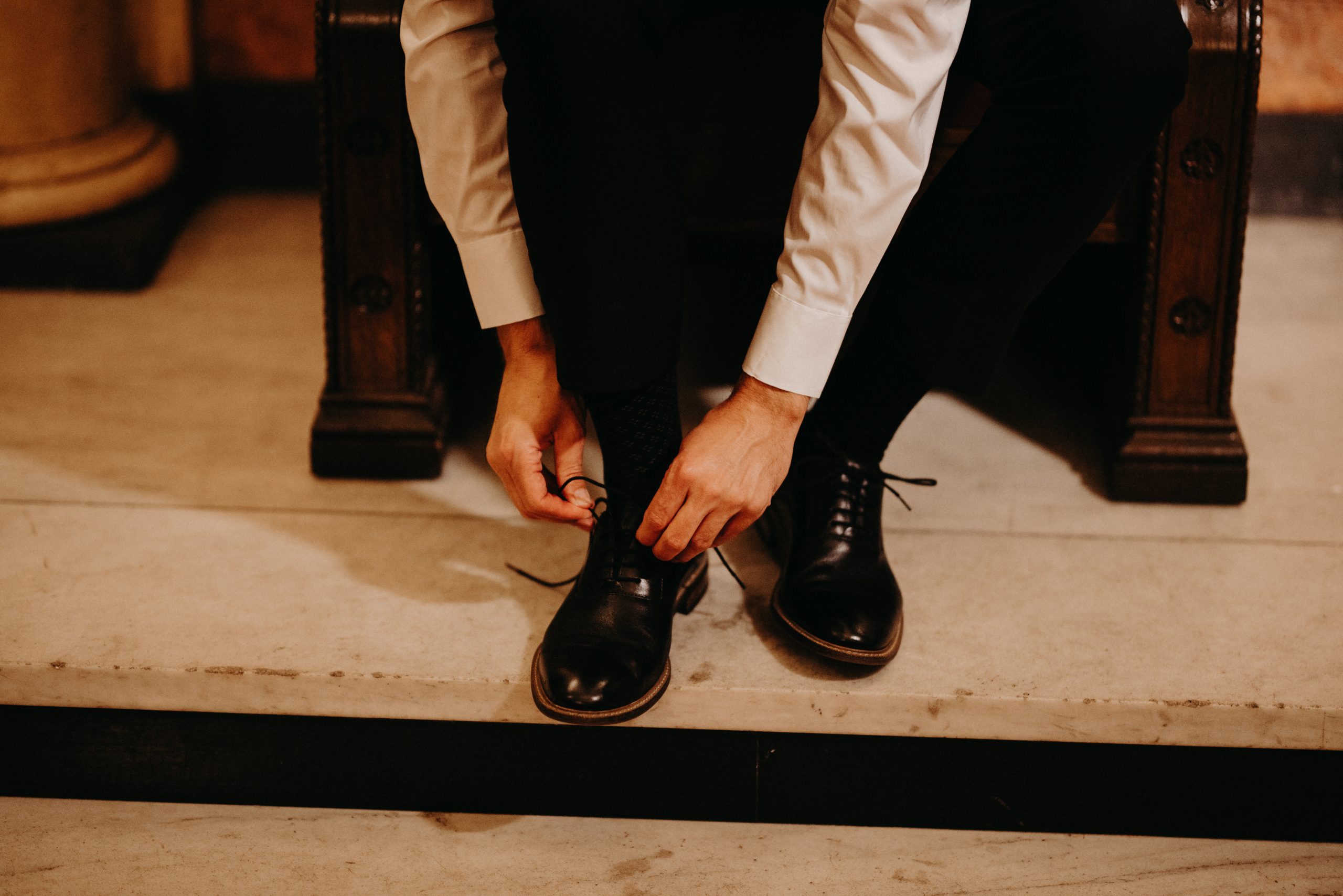 The Masonic Temple provides two separate spaces for the wedding party to get ready. Both spaces are adjacent to the chapel, which is super convenient! Each space is decorated just as beautifully as the rest of the venue, which makes “getting ready” photos just gorgeous! 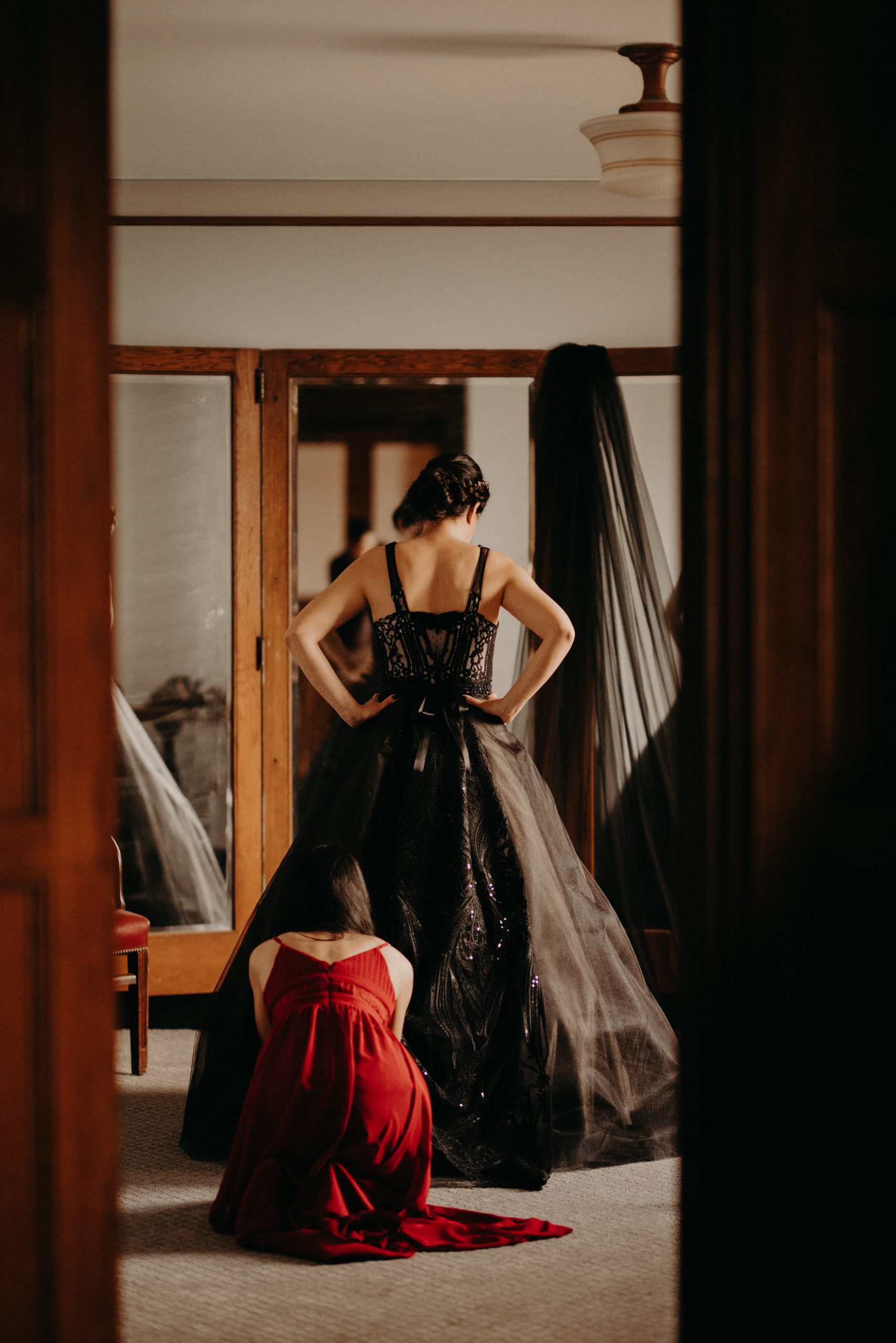 Angela’s beautiful, sparkly, black wedding dress was custom-made by her sister! It was a show-stopper on its own, but when combined with the lights of The Masonic Temple’s Crystal Ballroom, it SHINED! Just wait until you see it below! 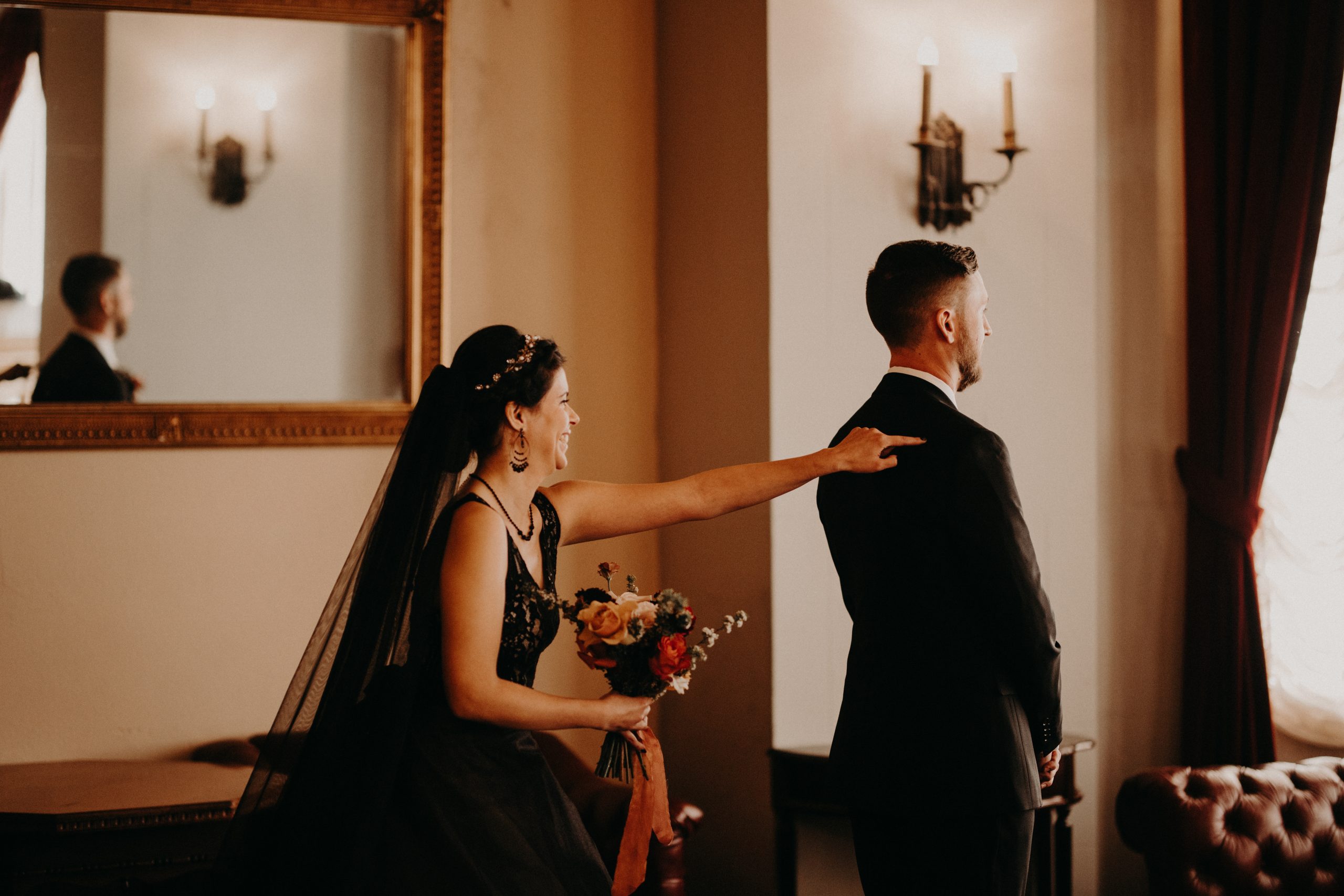 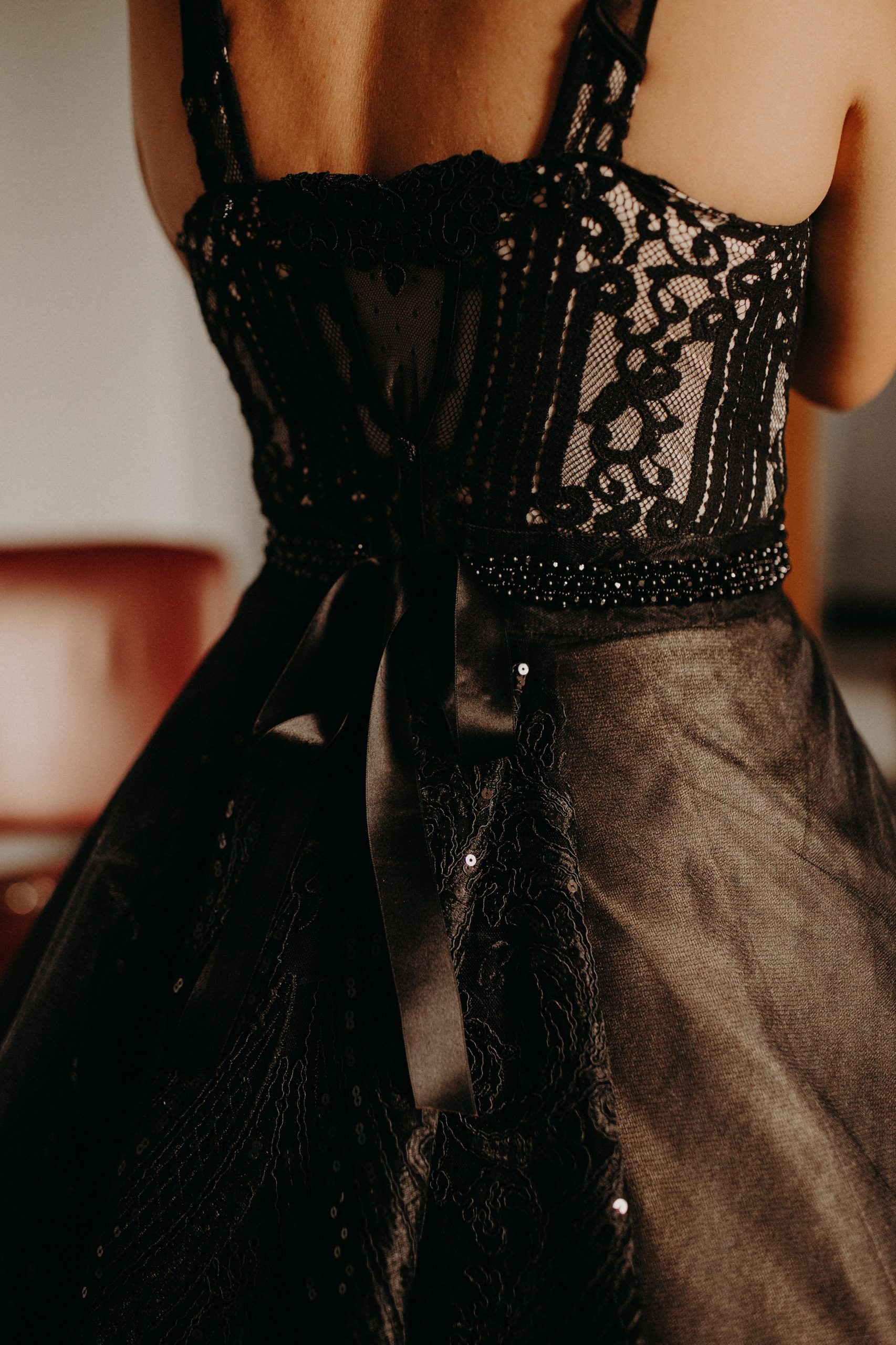 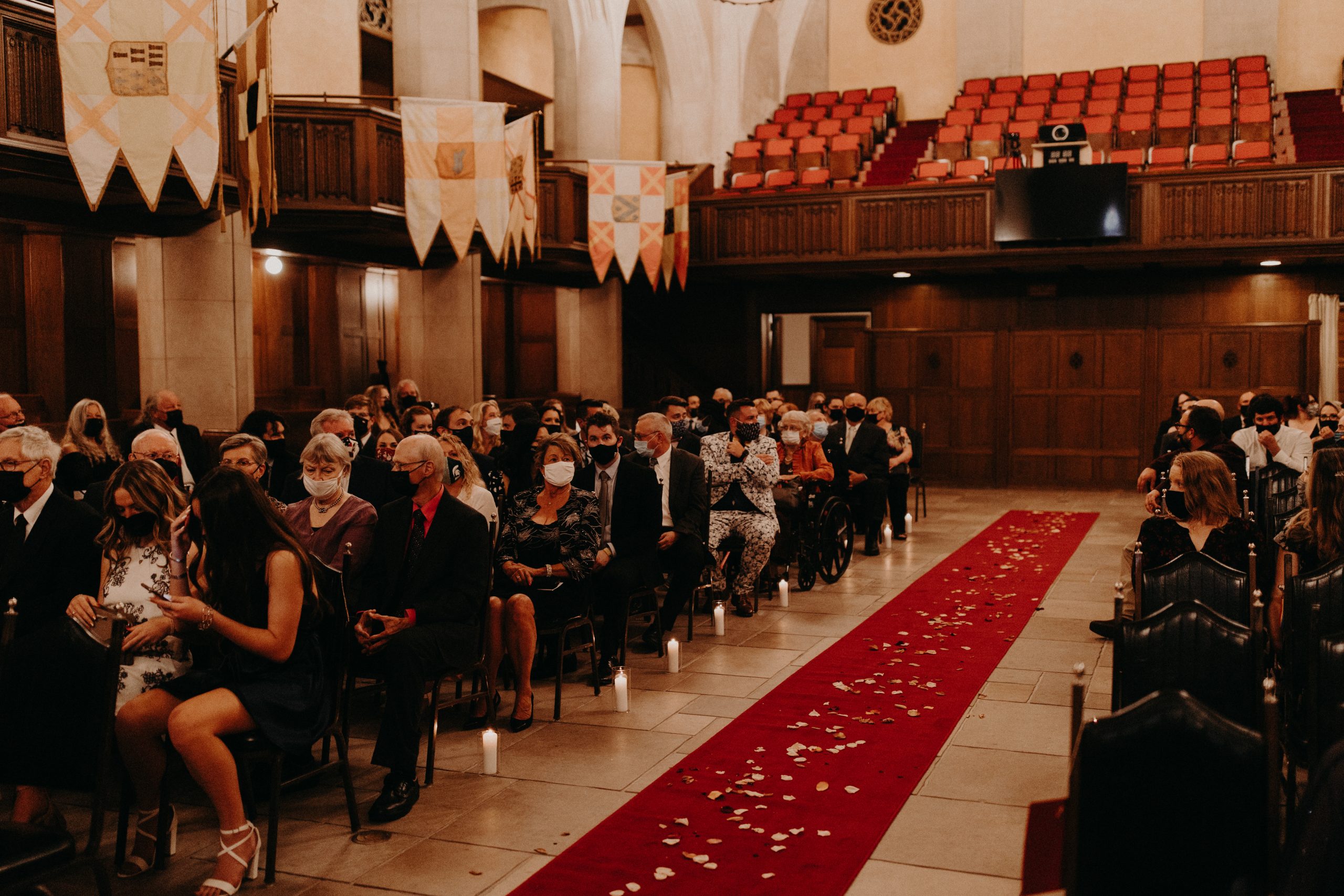 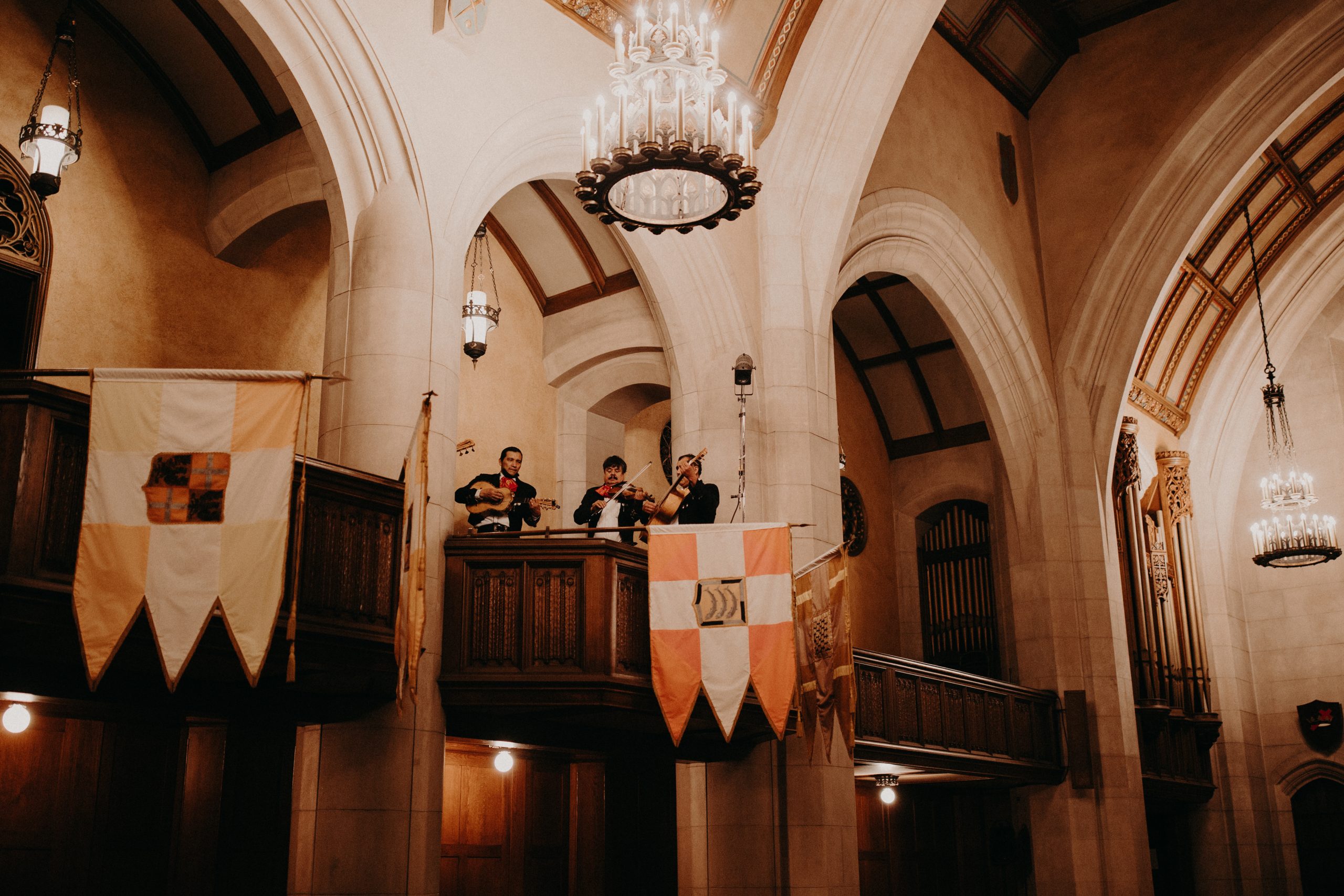 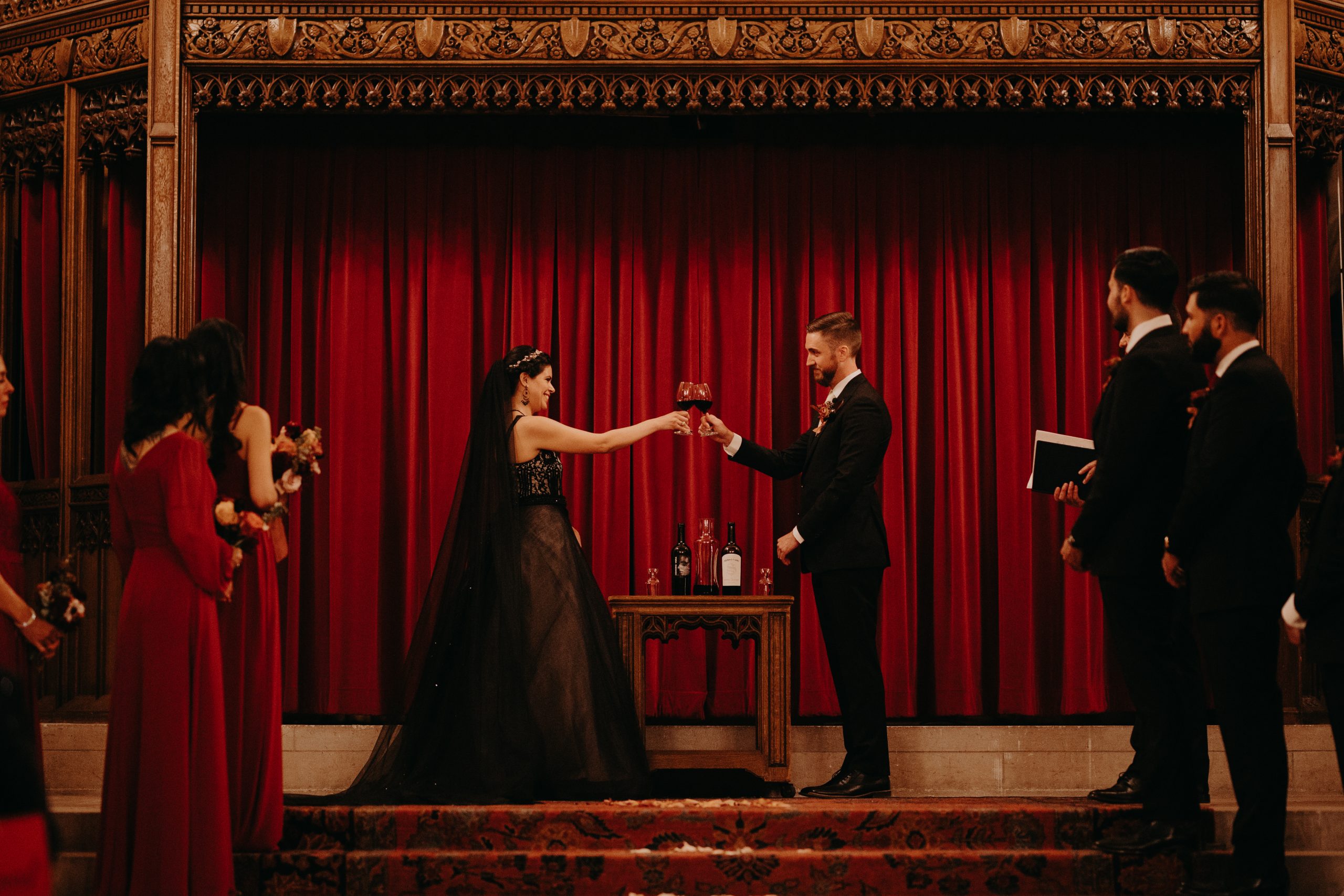 We hired a mariachi band to play during guest arrival, ceremony, and cocktail hour. Not only was this a fun and unexpected detail for guests, but it spoke to Angela’s Mexican heritage! During the ceremony, Bride & Groom performed a wine ceremony signifying the blending of their families and love in marriage. 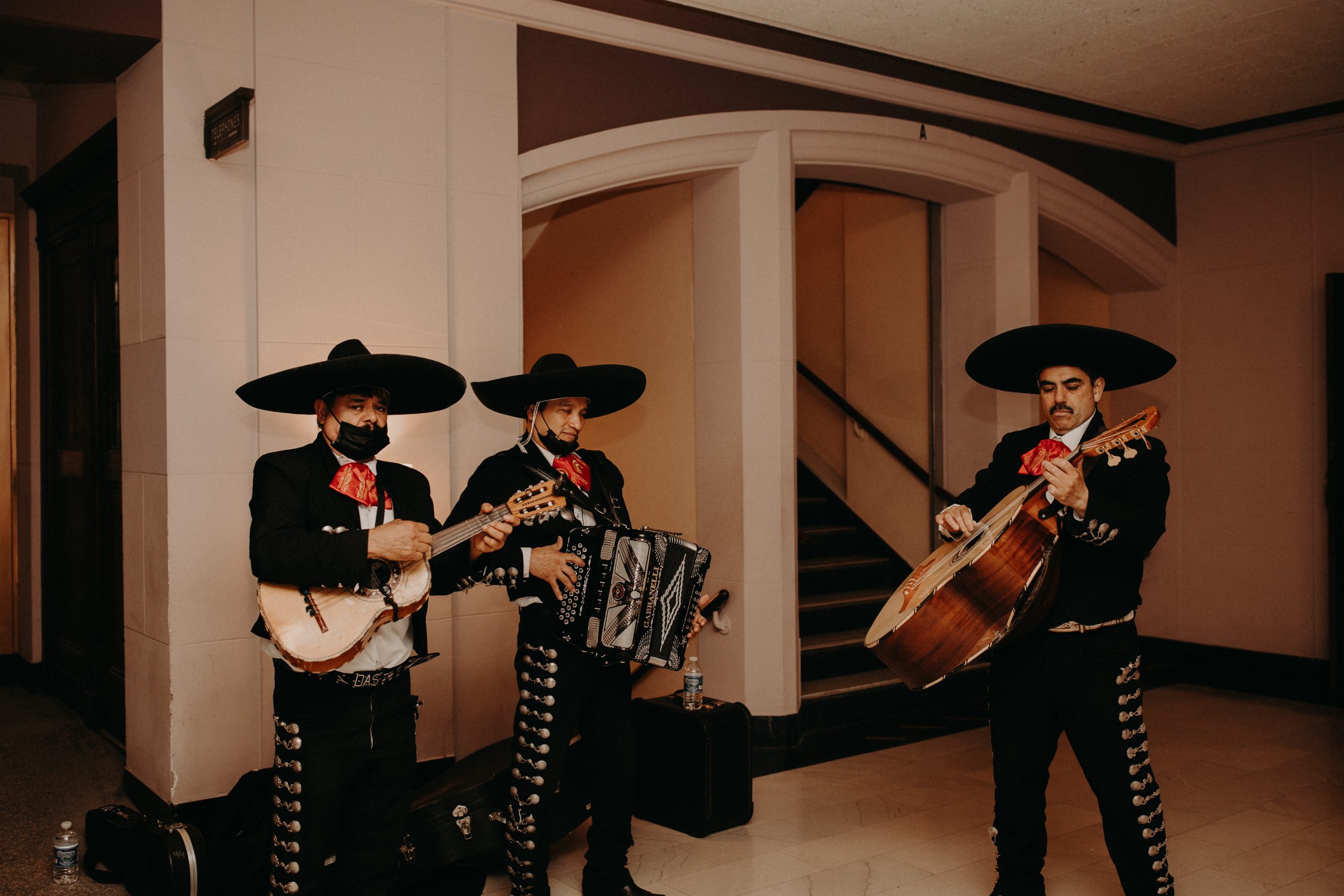 Another fun, unique detail: The guest table flower vases were liquor bottles (emptied personally by the bride & groom lol)! The tables were labeled with the type of liquor and included a drink recipe on the back. At the bar, you could try several of these custom cocktails. So fun! 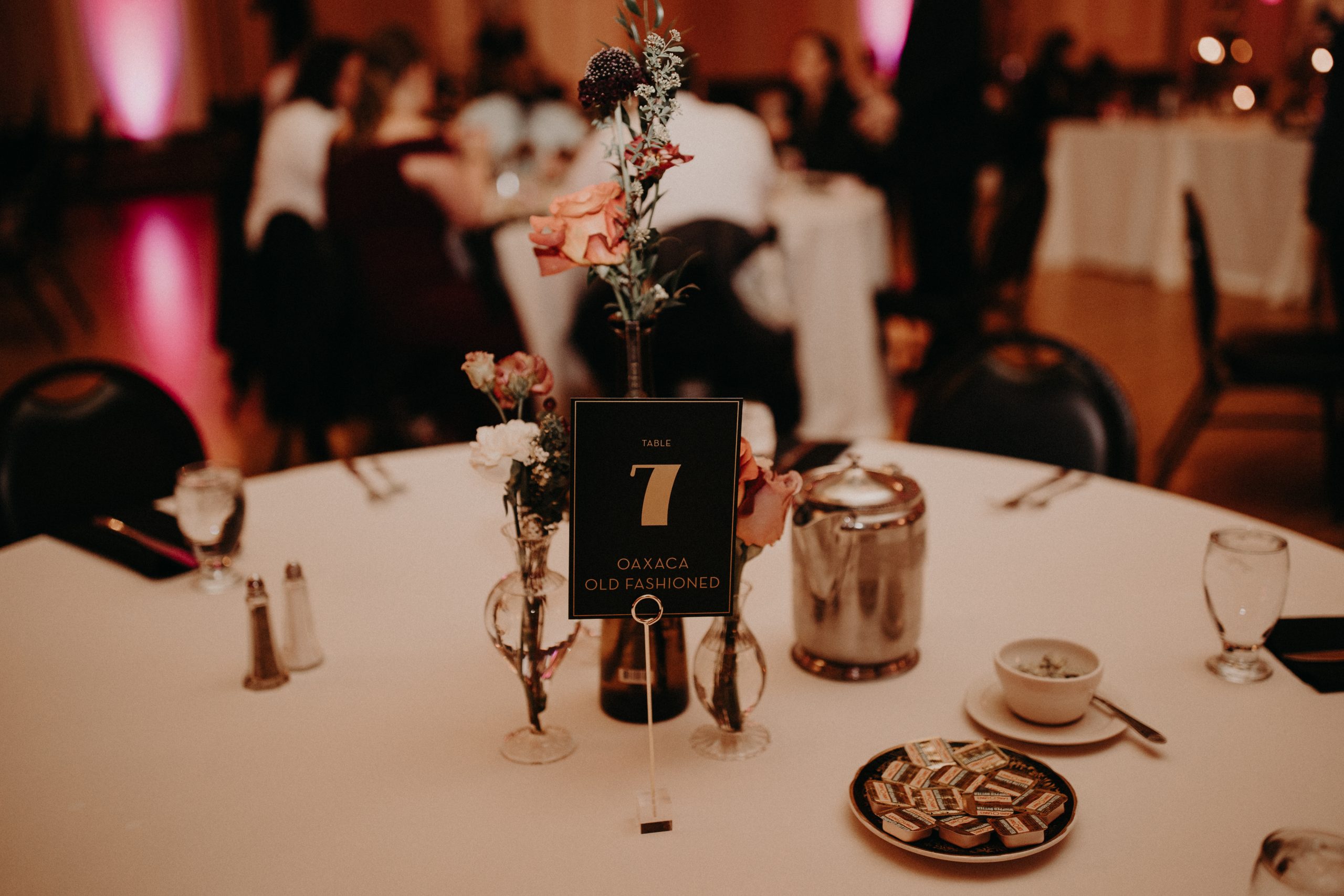 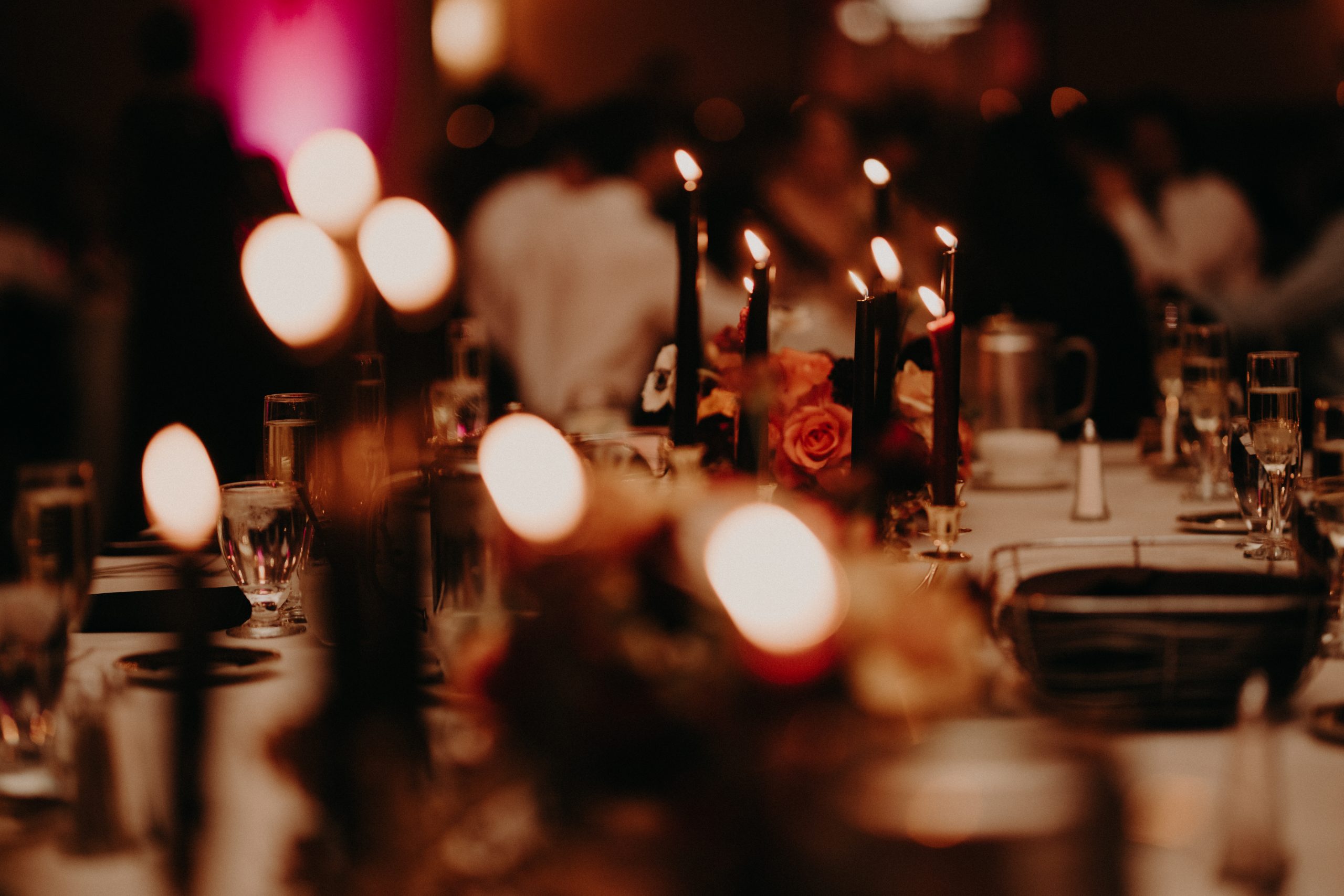 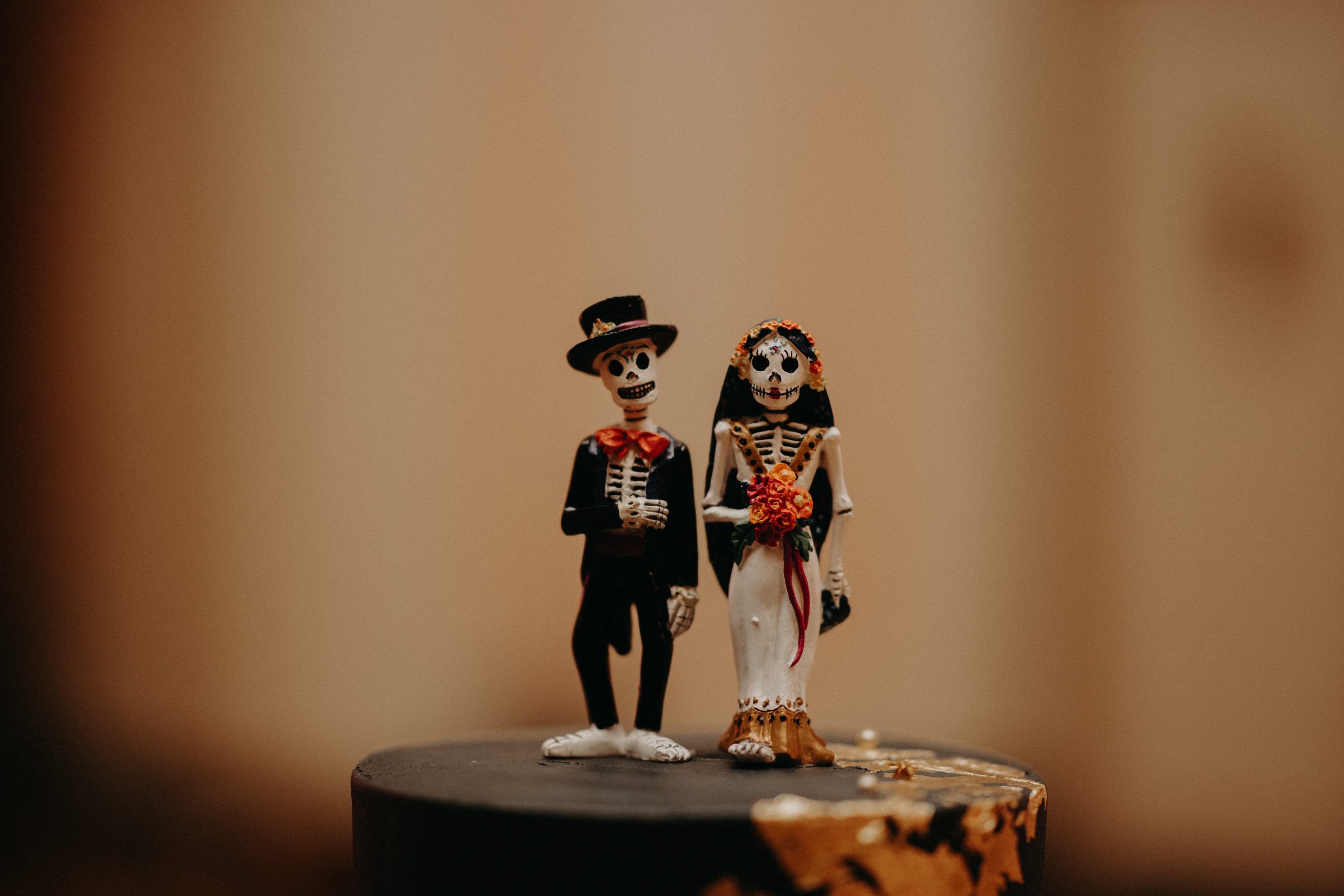 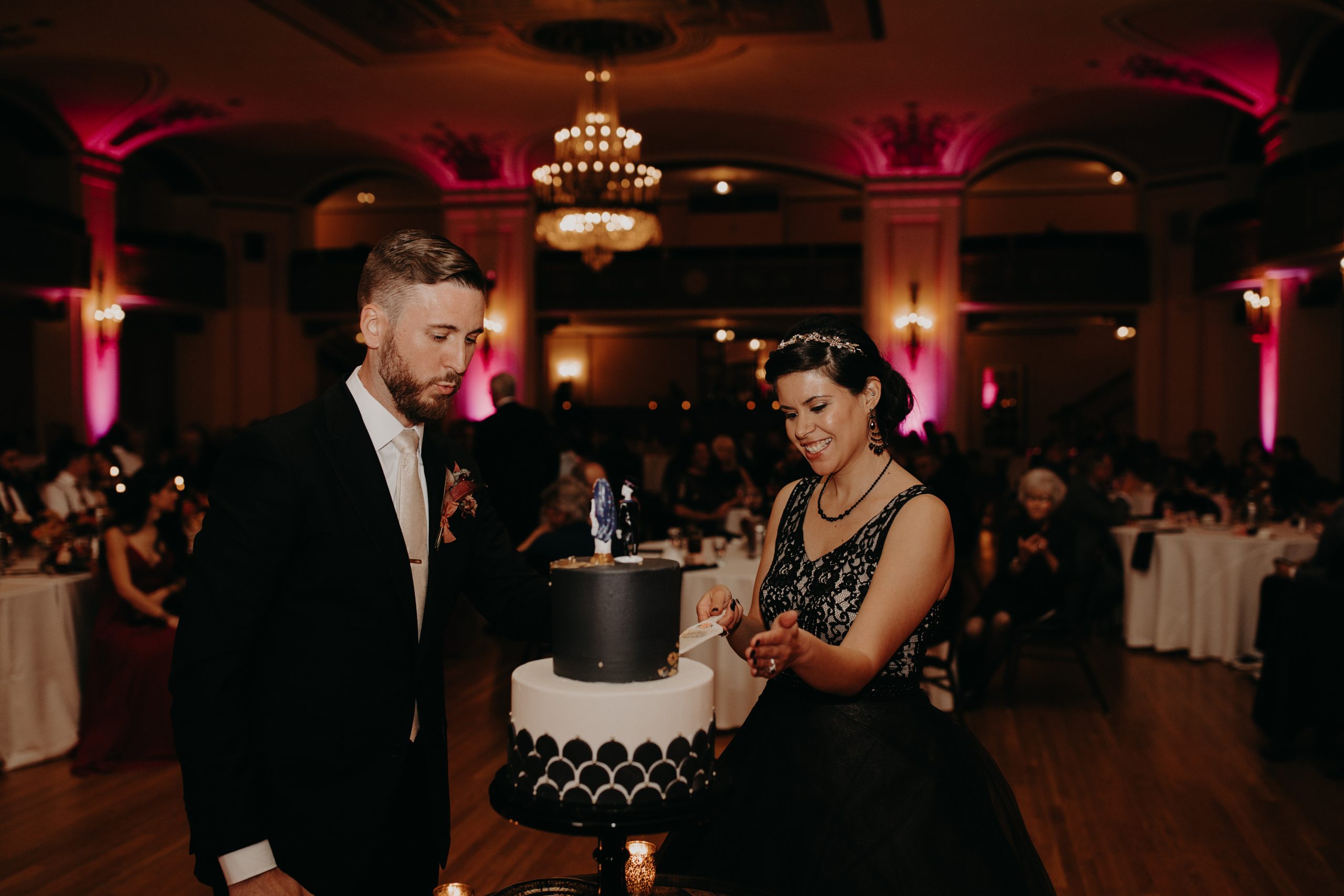 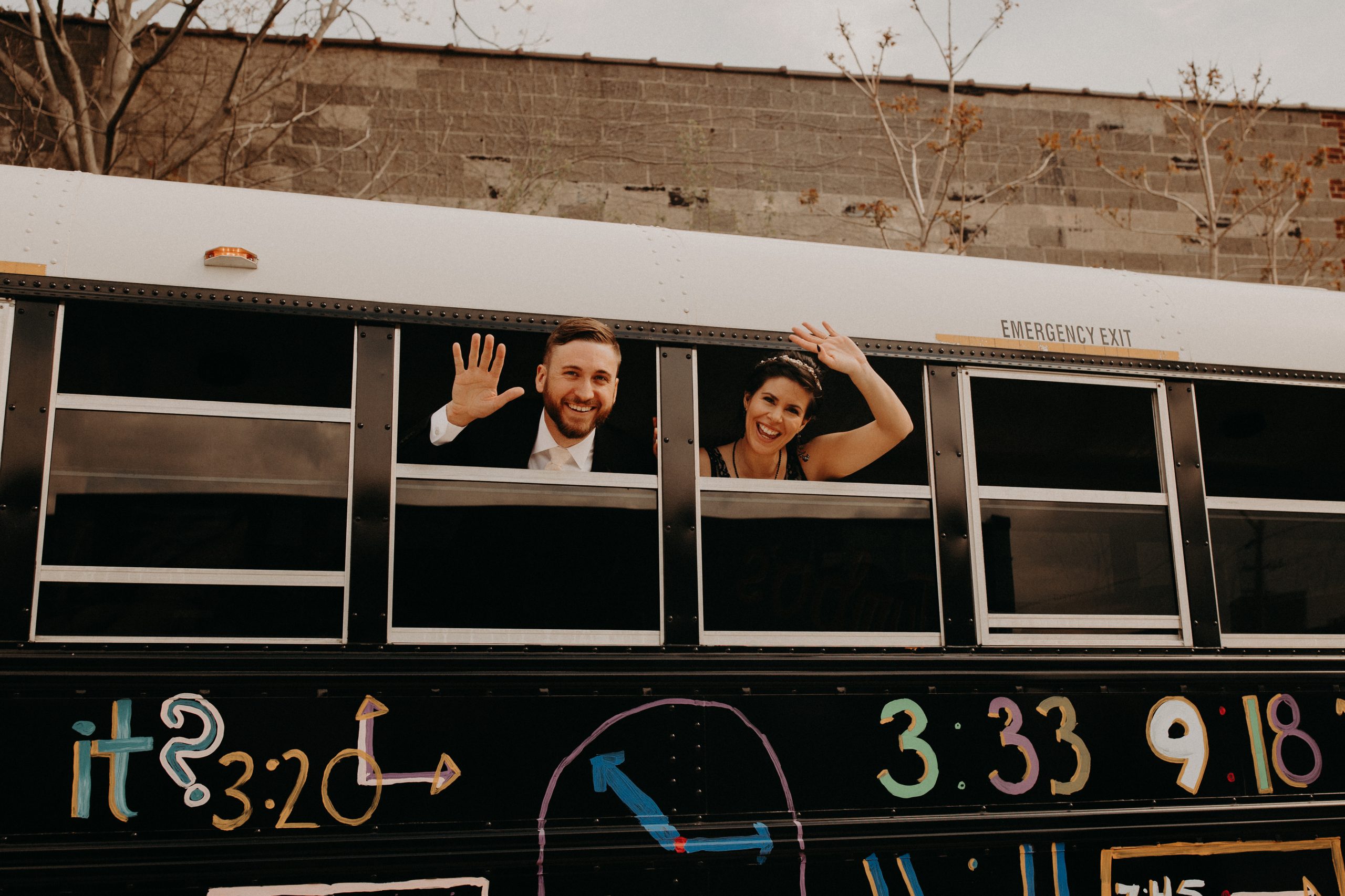 I realized wedding planning was my passion when, after working a 12-hour wedding day, I came home and was so energized that I couldn’t go to sleep. I had just worked an entire day, on my feet, and was ready to plan the next event instead of heading to bed! In former careers, an 8-hour shift would leave me exhausted. This new-found energy around my work was very welcomed! Now I plan weddings all around the Metro Detroit & Ann Arbor areas.